Program: Don Weidenbach - Urban Pioneer: “The Pioneering Days of Minnesota’s Computer Technology Era”
​
Born in Heil, North Dakota, Don moved to Scotland, South Dakota before his first birthday. He graduated from Scotland High School in June, 1939, and from South Dakota State College in June 1943 with a BS in Electrical Engineering. He served as a 1st Lt., US Army Signal Corps 1943-1946, and was with Sperry Univac, 1946-1976, working in Computer Design and Management. Married to Charleen Hanson in June 1952, Don’s family includes five children, six grandchildren, three great-grandchildren. Don celebrated his 99th birthday in October 2020 and recently appeared in a documentary on Twin Cities Public Television about the digital computer industry in Minnesota. Don provided information and archived material for the documentary.

“So were you a pioneer?” This question was posed by a child to our late member Chris Huber, who was a school administrator. While we may not regard ourselves as pioneers like our homesteading ancestors who plowed virgin soil to plant crops, some of us have indeed been pioneers in new fields not available to earlier generations of our families. North Star Chapter member Don Weidenbach was an early  pioneer in the analog and digital computer industry in the Twin Cities in the 1940s. In the Fall of 1946, Don was discharged from the Army, after serving 38 months in the Signal Corps, including time overseas in radio communications. Don came to the Twin Cities looking for a job after he was discharged from military service, and found a job in the brand new computer industry. After 30 years in the industry, Don retired in the Bicentennial year of 1976. Join us for our virtual March program as Don shares his memories of pioneering years in the digital computer industry. 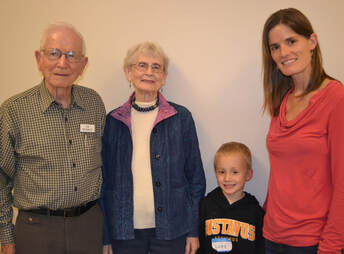 Looking for your Black Sea German ancestors? Come on a tour of this research website. Learn tricks for searching the database of 2.5 million individuals, finding resources for your village of interest (including photos and maps), and connecting with distant cousins. You’ll leave this presentation well equipped to make use of everything the website has to offer. www.BlackSeaGR.Org

An avid traveler, Carolyn Schott focuses on exploring places related to her heritage. Travels to Germany, Ukraine, Hungary, Moldova, and Poland have informed her family history. With over 20 years of genealogy experience, Carolyn is a founder of the Black Sea German Research group, a former board member of the Germans from Russia Heritage Society (GRHS), and edited the GRHS Heritage Review. Her writing includes awards from the International Society of Family History Writers and Editors, and she is a regular speaker on genealogy-related topics.
Visit Carolyn’s blog at www.carolynschott/blog and follow her on Facebook at www.facebook.com/CarolynSchottAuthor. 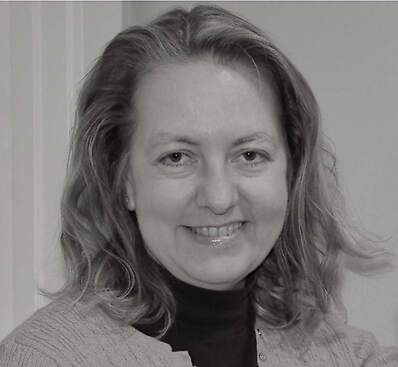 ​After polling chapter members, the board decided to hold fall meetings using the application called Zoom. This video conferencing technology enables us to remain in the comfort and safety of our homes and connect via internet.

New to Zoom? You must download the software. [The software download is FREE; the chapter buys a paid membership to host meetings.] The Zoom application can be used on many devices that can access the internet, including: Desktop computers, Notebook computers, Tablet computers, Smart phones

A tutorial is available via You Tube and recommended so you can become familiar with the application (video below). You’ll want to know how to mute and unmute, and how to “raise your hand” if you want to ask a question or make a comment during a Zoom meeting. Just like being in a classroom, this is so we don’t all talk at the same time, but wait for the meeting moderator to recognize us. The tutorial also discusses the “Chat” feature.
​
Members should watch for an email from a chapter officer before our scheduled chapter meetings. This will include a link (URL) to connect to the Zoom meeting.

Most chapter events are held in the fellowship hall on the lower (basement) level. This level can be accessed via stairs or elevator. The church has dedicated handicap parking spots near the ramp with doors to the elevator level (east side).

Program: Dr. Linnea Ista “Using DNA to Find Familial Connections”
​
DNA testing is advertised as an important component of a genealogist’s tool kit. In theory, it can help find relatives and help smash through brick walls. But how do you use the information from your DNA test to its best advantage? For our February program, we will focus on the scientific basis that allows us to identify relatives, as well as three useful tools (Ancestry ThruLinesTM, 23 and Me’s Family Tree, and GedMatch) for using this information to help drill some holes in those brick walls. Dr. Linnea Ista, PhD., will share some case studies showing how DNA helped solve family history mysteries. 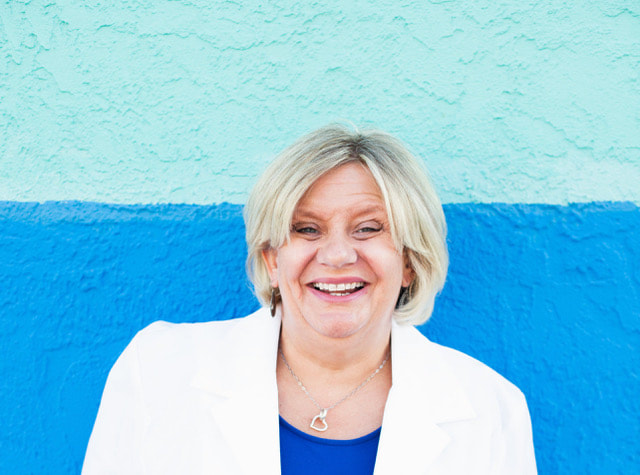 Program: Ben Weisner  “Unstuck in Time: A Journey of Return and Remembrance”
​
2020 provided opportunities for all of us to stay home and be introspective! Our January program will focus on how travel can inform our family history and heritage.
​
Guest speaker Ben Weisner was born in a small town in Romania, and lived a block away from the family home of Nobel Peace Prize recipient, Elie Wiesel. Ben immigrated to the US in the early 1960s with his parents, both Holocaust survivors, and joined a community of survivors and immigrants from Central and Eastern Europe in Cleveland, OH.

Young Ben learned to speak American English like a native. His first language was Yiddish, and he was raised in a traditional Jewish home. He often heard his parents speak of the “Old Country” and imagined what it was like. In the summer of 2019, Ben traveled back to his birthplace in Romania, as well as to Hungary, Ukraine, Poland, and Germany to re-discover a part of his family’s history, and their experiences before, during, and after WWII. Along with a childhood friend and his youngest daughter, Emma, Ben made part of this trek via bicycle, riding 600 miles from Dresden, Germany to Copenhagen, Denmark.

​The story Craig tells is about his paternal-line German-Russian great-grandparents and the family’s transfer from a Catholic to Lutheran church in the mid 1890s.  In addition to telling a family story, Craig combines family history from a variety of sources to reconstruct and explain events in the lives of ancestors.

Craig’s family has roots in the Pfalz area (now Germany) and Alsace/Elsass area near Selz (now France). His great-grandparents left the Kutchesurgan Region of South Russia with four children in 1884 and landed at Ipswich, South Dakota, the end of the railroad line. The family homesteaded in Freedom Township of Faulk County, where the children attended school. Two more children were born, and Craig’s grandfather was baptized at Holy Cross Catholic Church at Ipswich. The mother, Barbara, died in March 1896 and was buried in a Lutheran Cemetery near Wecota, SD. Craig’s research pursued data to help explain his family’s transfer from a Catholic to Lutheran congregation, including weather data from the nearest NOAA station at Aberdeen, SD. His research helped explain the oral history of his family, and provided evidence for believability and selective reinforcement of weather playing a role in a family’s choice of church.​ 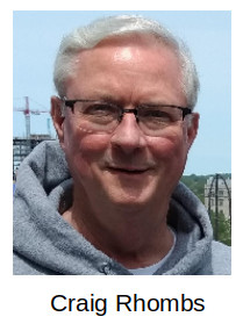 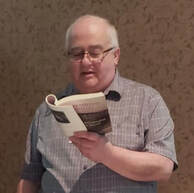 Chapter member Matt Klee will illustrate how you can build your family tree from scratch by using available resources from North America, Russia and Germany. Matt Klee grew up in Halliday, North Dakota. He graduated from NDSU and the University of Virginia; then worked 38 years as a Nuclear Engineer at the Xcel Energy Prairie Island Nuclear Generating Plant. Now retired, Matt is a member of GRHS and serves as the spokesperson and webmaster for the Crimea Regional Interest Group (RIG). Matt is actively involved in the Friends of Crimea Archive Acquisition Team which obtains, translates, indexes and publishes Crimean Catholic vital records obtained
from the Russian State Archive in Saratov.​
Saturday, September 19, 2020
Virtual Meeting (Zoom)
1:30 PM - Business Meeting
2 PM – Program
Program: Bill Bosch  “Agriculture and Forestry in 19th Century Russia”

The World’s Fair in 1893 in Chicago, IL was known as the “World’s Columbian Exposition” but also included exhibits from countries outside the Americas, including Russia, and other countries. Included in the Russian exhibit was a book titled The Industries of Russia: Agriculture and Forestry, Volume 3. Data for this book was collected in the decade 1880-1892 which coincides with increased emigration by our ancestors from Russia to the Americas. Chapter member Bill Bosch will use refurbished maps and diagrams from this book to answer questions like the following: Did our ancestors really have good, fertile land to farm in Russia? Was drought the persistent problem we have been led to believe? Were they primarily wheat growers? What were crop yields like? Dr. Bosch collected refurbished maps and published them in his book Russian Agriculture in the 1880s. He will explain why he redid the maps and republished them. Perhaps he will also add a few topics from his article in the March 2020 Heritage Review.
​ 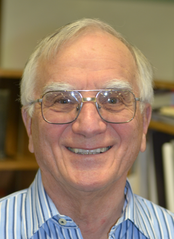 Born in Linton, ND, Bill Bosch grew up on a farm east of there in Emmons County. After elementary schooling in a one-room country school and graduation from Linton High School, he earned bachelor’s and master’s degrees in mathematics and education from North Dakota State University. In 1970, Bosch earned a Ph.D. in mathematics from The University of Nebraska at Lincoln and then taught mathematics for 28 years at Northern State University in Greeley, CO. Following retirement in 1998, Dr. Bosch became interested in German-Russian history and published several books and articles on that topic. Dr. Bosch moved to Spearfish, SD in 2005 with wife Peggy and daughter Julie.​​ 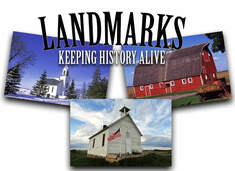 ​The places we’ve lived are often remembered by their architecture and landmarks. Minnesota photographer Doug Ohman’s photos have appeared in seven books published by the Minnesota Historical Society Press. “Landmarks” is his first documentary film, a collaboration with Pioneer Public Television in Appleton, MN, aired on the station in 2019. We’ll view the hour long documentary film featuring barns, churches and schools of southern and western Minnesota, with Minnesotans telling their stories. Chapter member Nancy Gertner is interviewed at her one-room school in Cottonwood County, which appears in the “Schools of Minnesota” of the Minnesota Byways series of books published by Minnesota Historical Society Press.


“Landmarks: Keeping History Alive,” was funded in part by the Arts and Cultural Heritage Fund with money from the vote of the people of Minnesota on November 4, 2008.

*NOTE: Program is scheduled to begin earlier as a lengthy business meeting is probably not needed. 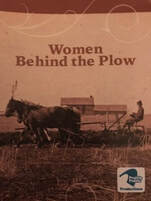 Program: DVD "Women behind the Plow"
​
C 2019 Prairie Public Broadcasting
Women Behind the Plow tells the compelling stories of determined and indefatigable women who settled the North Dakota prairie, and of the new generations, ages 15 – 92, who continue to work on the farm. These women embody the German-Russia expression “Arbeit macht das leben suess”….”Work makes life sweet.”
The 60-minute documentary is based in part on the book Women Behind the Plow which honors the contributions of women who worked in the fields and raised families in a time before electricity, the 10th in a series of award-winning documentaries produced by Prairie Public Television and the NDSU Libraries’ Germans From Russia Heritage Collection.
The women featured have roots in German-Russian country, an area in south central North Dakota comprising Emmons, Logan, and McIntosh Counties. It’s an area strong on agriculture but even stronger on heritage and stories. Chapter member Carol Just is featured.

*NOTE: Program is scheduled to begin earlier as a lengthy business meeting is probably not needed.
​Saturday, December 7, 2019

Guests will come away knowing it’s not enough to simply fill in a genealogy chart. Jim will share excerpts from his latest translation of Fierce as a Lioness & Busy as a Bee: In Grandmother’s Footsteps (anticipated publication early 2020) a book written by Martha Betz, who works as a genealogist at the Bessarabian Heimat Museum in Stuttgart, Germany.

(*note: Bill Bosch, Spearfish, SD, was initially scheduled for this date. He is unable to make it at this time, but we will host him another time in the future)